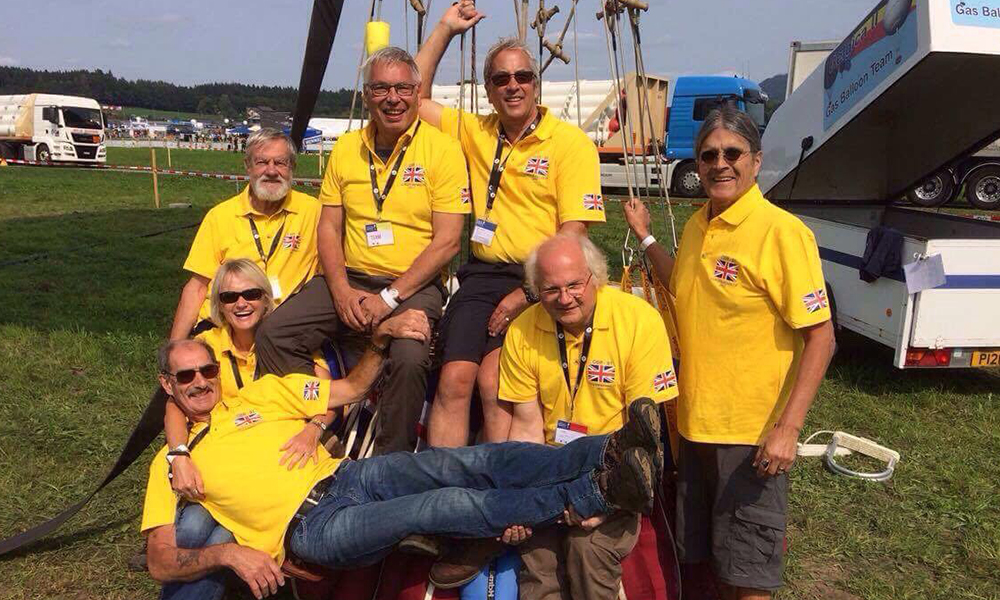 The objective of the race is simple – fly the furthest straight-line distance from the launch site without landing. This year’s start point was in the Swiss town of Epagny, where 22 teams representing 13 countries set off on the evening of Friday 8th September. The teams then had until Monday morning to travel as far as possible.

Andy took on the role of Crew Chief for his fourth year with the GBR-01 team, the only British team taking part in the 2017 race. They set off from Epagny at 19:30 CEST on the Friday and maintained flight for an impressive 37 hours and 41 minutes before landing in Burztynowo, Poland at 09:11 on Sunday. Their flight path saw them fly north east out of Switzerland and into southern Germany, before heading north through Czechia and into Poland. Their final distance of 1139.29 km put them in a record best equalling ninth place overall.

Andy said afterwards, “Representing your country in any competition is a proud moment and is guaranteed to bring out the patriot in all of us. I think we can be proud of our performance as a team and use this experience to help with going even further next time around.”

The winning team was from France who made it all the way to Võru, Estonia to be crowned new World Champions.

Everyone at Tickets.com would like to congratulate Andy and the rest of the GB team on their impressive performance!