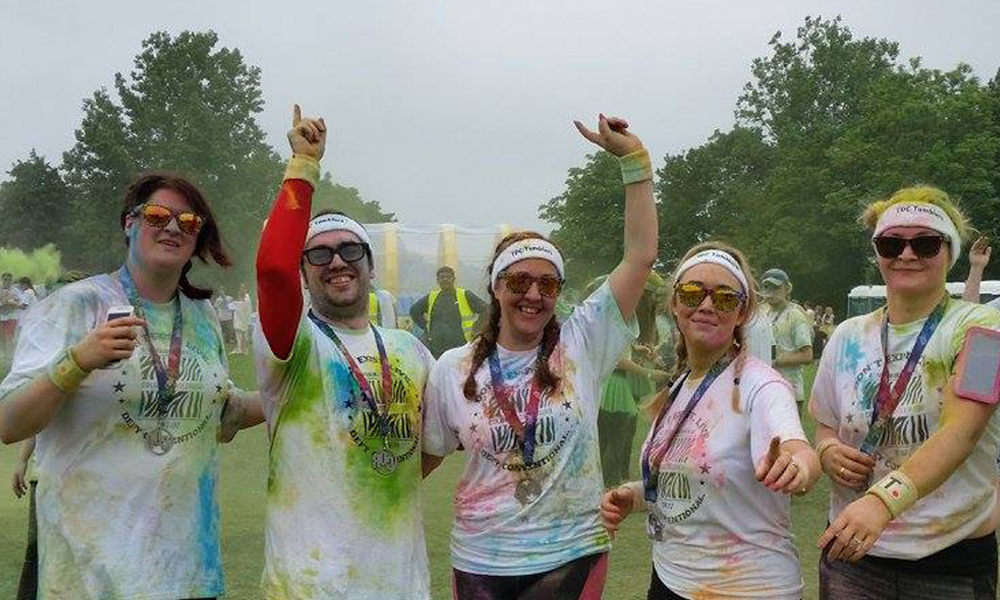 Members of the Tickets.com support team took on the Colour Obstacle Rush charity run in Milton Keynes earlier this month.

The event, which was first launched in 2014, is a 5km obstacle course which features a series of inflatable slides and walkways combined with colouring stations to create a fun-run like no other.

The run took place at Willen Lake in Milton Keynes, with Gerard Pryce, Charlie Campbell-Lendrum, Naomi Harris, Faye Pointon, Jenny Jones and Melody Williams making up the ‘TDC Tumblers’. The team have so far raised £233 for the homeless charity Crisis. If you would like to donate to their cause, please visit www.justgiving.com/TDCTumblers.

Other members of the Tickets.com team are currently preparing for a charity cycle from London to Amsterdam. Named the TDC Flyers, the team will be riding between 1 – 5 September and raising money for Cancer Research.

Covering a total of 289 miles, the team will begin their journey in London, then travel through Calais, Bruges and Rotterdam before ending in Amsterdam. If you would like to show your support to the TDC Flyers, please visitwww.justgiving.com/fundraising/tdcflyers2.