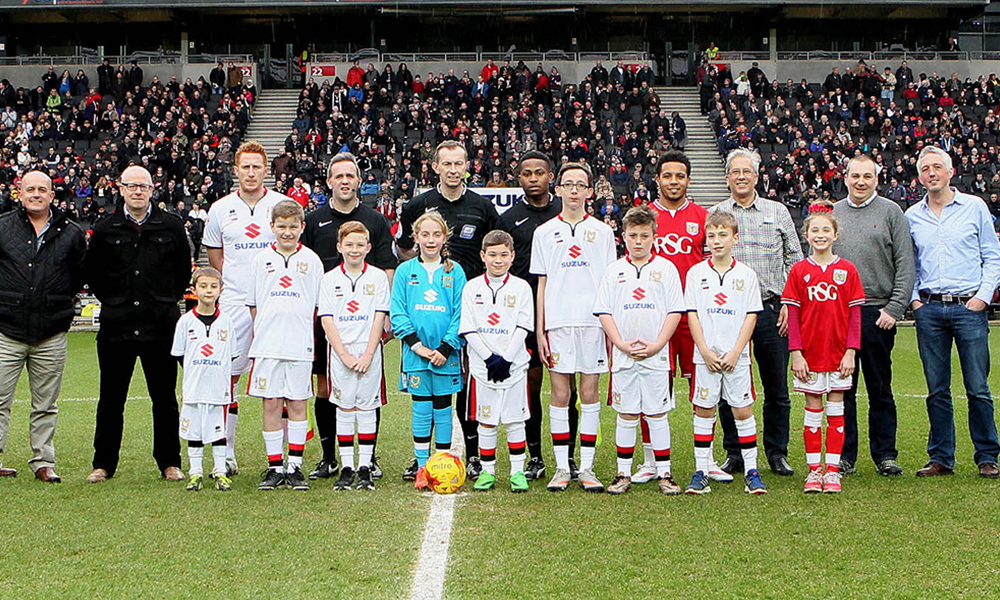 The Tickets.com team made the short (!) journey along to stadiummk last weekend to cheer on MK Dons as they faced Brighton & Hove Albion.

As part of the longstanding partnership with the Championship side, Tickets.com were the official match sponsors of last Saturday’s fixture against promotion-chasing side Brighton & Hove Albion.

Having provided the club’s ticketing system since 2014, Tickets.com took a number of the team along to cheer on their local side, and joined the clubs’ captains, mascots and match officials for a photo on the pitch before kick off. Tickets.com also presented the Man of the Match Award.

In what was always going to be a tough contest for the Dons, Brighton went 2-0 up on 62 minutes and, despite MK Dons’ Antony Kay pulling a goal back eight minutes later, the south coast side hung on for a 2-1 win.

The fixture was played in front of 21, 345 – a record attendance for a Football League game at stadiummk.