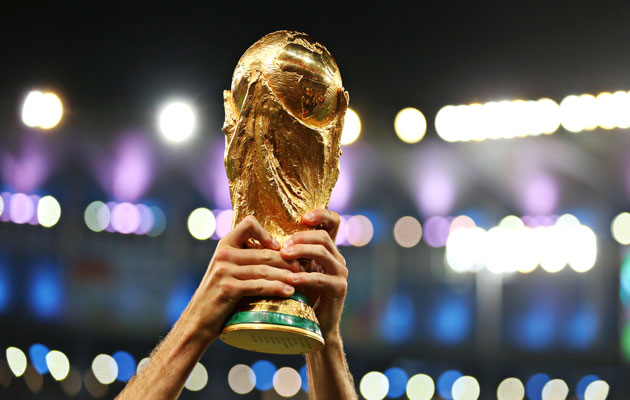 This year in Brazil for the FIFA World Cup™, a new technology is being rolled out called Goal Control-4D. FIFA explained in a press release, “Goal Control is equipped with 14-high speed cameras located around the pitch, with seven cameras focused on each goalmouth.  The ball position is continuously and automatically captured in 3D and the indication of whether a goal has been scored is immediately confirmed within one second to a watch worn by each of the match officials.” According to FoxNews.com, “the cameras operate at up to 500 frames a second to capture a three-dimensional position of the ball. Each goal has seven cameras trained on it at all times. Fixed to a high point in the stadium, such as the roof, two cameras are at the halfway line, another two are placed between halfway and the goal line and another camera is located behind the goal.”

Seems simple enough right? Fox also states, “the cameras are linked via fibre-optic cable to an image processing computer that monitors the movements of every object on the pitch. Specially built detection software is used to filter out players and the referee. Thanks to the flood of information from the cameras, the system can monitor the ball’s position based on x,y and z coordinates and report its three-dimensional position anywhere on the field. Crucially for under-pressure referees, this position is monitored both when the ball is on the ground and when it’s in the air.“

With this new technology FIFA is attempting to eliminate blown calls that could cost a team, and country, the World Cup.  Last Saturday during the France vs. Honduras game, people around the world got a taste of this new technology. The replay showed two different scenarios; the ball hitting the post and bouncing out, and the ball hitting the Honduras keeper to bounce across the line. Goal Control-4D technology ruled the ball bounced off the keeper, France G-O-A-L! The debate was ablaze on social media outlets and it seems like it will continue to be a controversial topic of this year’s World Cup.

Now the question is will MLS be interested in following Major League Baseball’s technology movement by bringing this to regular season games? What do you think about technology entering into the World Cup and do you think MLS will follow? We want to know – leave us a comment!