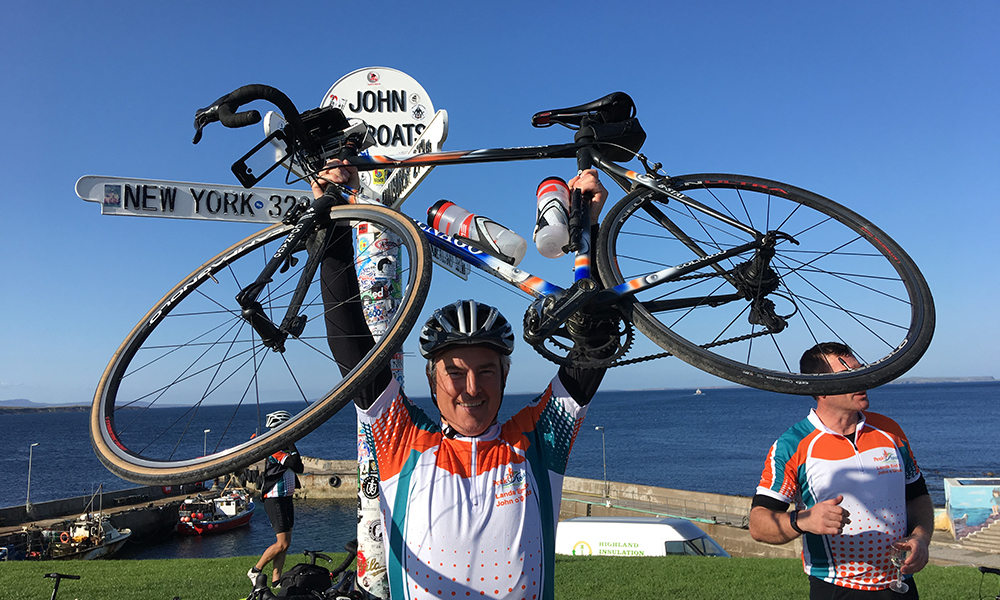 Arriving at the finish line on Saturday 2nd September, Richard – Tickets.com’s Manager, Product Management EMEA – made the journey back home to Milton Keynes the following day and even cycled to the office on Monday – quite the effort!

The route covered many picturesque locations including Dartmoor, the Wye Valley and the Lake District. Day Eight presented the most challenging ride, up and over the Cairngorm Mountains in Scotland with an elevation of 2420m (7939ft) – what Richard wasn’t told was that the second summit, the Lecht, was in the top ten toughest cycle climbs in Britain! Luckily the weather was forgiving though, with only one hour of rain for the duration of the trip.

Richard took on the feat after recently turning 50 and wanting to experience the ‘ultimate physical challenge’, he took the opportunity to also raise money for the mental health charity MIND. The trip itself was completely self-funded, with all donations that Richard received going directly to the charity to fund their support services for people with mental health issues.

After finishing the challenge, Richard said, “I will probably never push myself to this extent again, but I am delighted to have completed the trip and raise money for a fantastic charity that has helped my family in the past. I’ve also created some lasting memories and had fantastic support along the way. To everyone that has donated, I just want to say a massive thank you!”

At the time of writing, Richard’s Just Giving page had raised an amazing £1,359.43, 34% over his original target of £1000. The page is still live and taking donations so if you would like to contribute, please click here.

We would like to say a big congratulations and well done to Richard from everyone at Tickets.com on a phenomenal achievement!