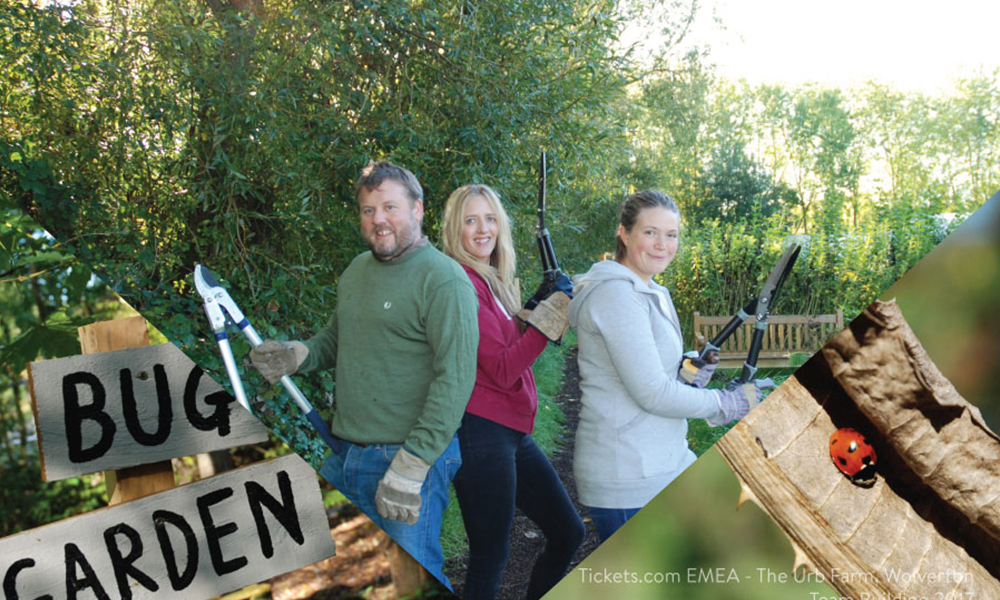 Tickets.com strives to make a difference not only in the ticketing industry, but also within the community.

And in recognition of this, Tickets.com launched its T.Cares programme in 2016, a global initiative that sees Tickets.com supporting local community efforts to better the areas where its employees work and live.

In the UK alone, the team has had a busy 2017, from charity fundraising, to taking time away from the office to support local community initiatives. Here’s just some of the projects that the UK team have been involved in over the last 12 months…

Young Carers MK, a charity which supports over 650 children and young people aged 8-19 years old, sets out to helps those who care for a family member with a physical or mental illness, and provides young carers with one-to-one support, information, guidance, and someone to talk to who understands. In October, Tickets.com teamed up with MK Dons & Young Carers MK to give a couple of young carers a memorable experience.

Ben and Valmik, two extraordinary members of Young Carers MK, embarked on a VIP experience at League One side and Tickets.com client MK Dons which included a stadium tour, signed memorabilia and matchday hospitality, plus an opportunity to visit the home changing room to meet the team ahead of their match against Northampton Town – all of which was arranged by Tickets.com in partnership with MK Dons FC.

Speaking after the event, Ben said; “Valmik and I were over the moon when we found out about the hospitality experience at MK Dons, and wow, what an experience! I would like to thank everyone at Tickets.com and MK Dons for providing us with this opportunity.”

Earlier in the year, Tickets.com supported the Milton Keynes Christian Foundation’s Growing People project; a horticultural social enterprise which works with disengaged young people to grow organic seasonal fresh fruit, veg, and flowers for the local community at their Urb Farm based in Wolverton.

The Tickets.com team spent the afternoon gardening, tidying, and providing general maintenance work to support the staff who run the project. Lisa Hodgson, special educational needs coordinator at Urb Farm said: “I just wanted to say a huge thank you for all the work that the lovely team at Tickets.com carried out at the farm.

Everyone involved has made a big difference! We hope the team enjoyed it and that no one was too stiff and achy the next day!”

Not forgetting the Comic Relief bake sale that got the team in the kitchen and colleagues – and neighbouring offices – putting their hands in their pockets to donate to the very worthy cause.

For more information about T.Cares and to find out how your charity or project could get involved, visit https://provenue.tickets.com/uk/t-cares/.